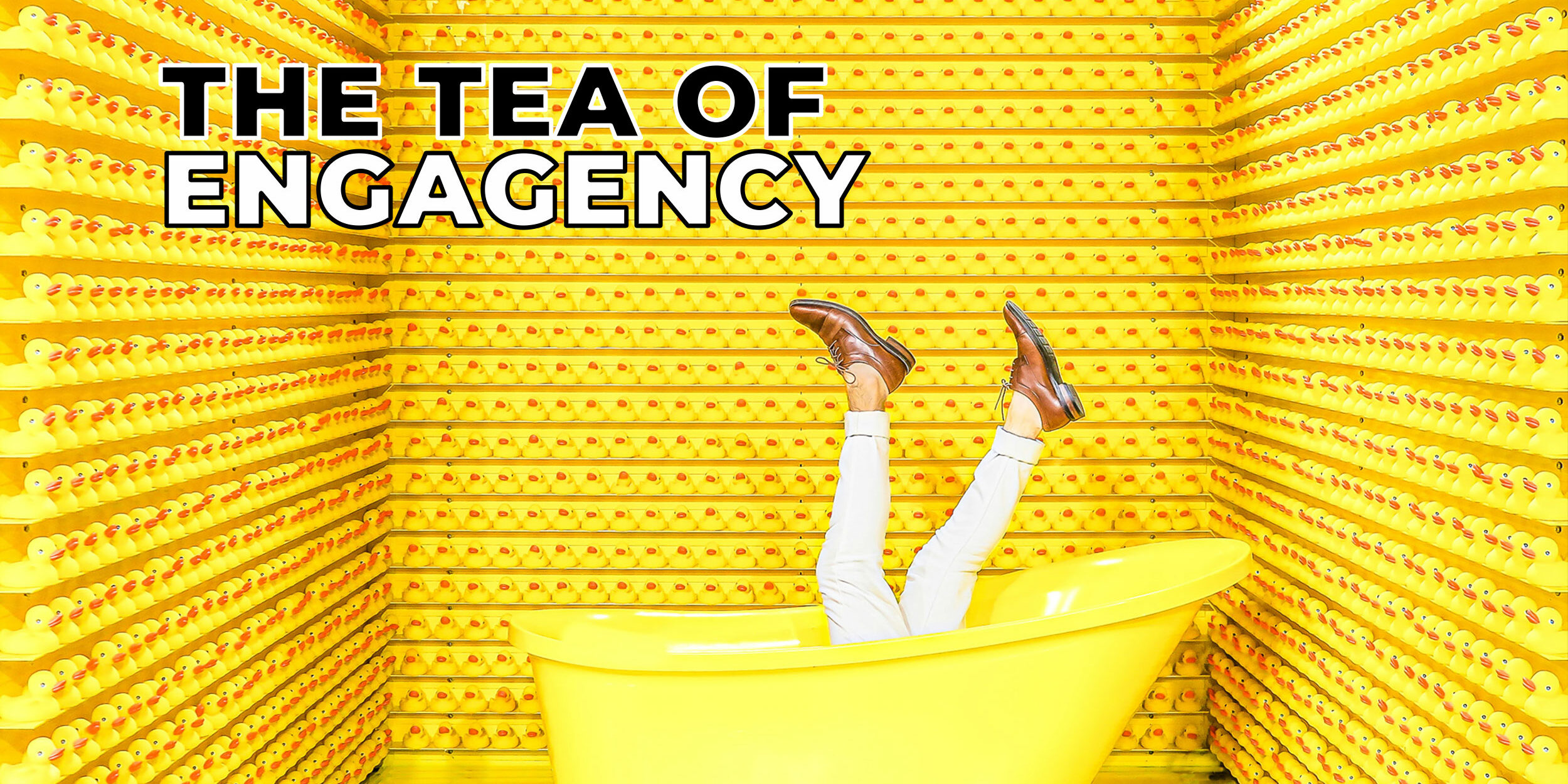 Ad agencies are full of weirdos. There’s no sugar-coating the truth. And now that it has been said, it cannot be unsaid.

This fact now lives in your mind, feeding off your brain cells like a teenager snacking on cereal right out of the box.

But you don’t really need to be told, do you? You have always known. What kind of person fuses the words “engage” and “agency” to make “engagency?” Creatives, that’s who. And ad agencies are full of ‘em. So whatcha gonna do?

Obviously, the answer is to treat rhetorical questions like actual questions and learn their strange and bizarre ways.

What does that mean?

That means we are going to teach you how to engage with creative agencies as if they were actual people. So strap in.

The first lesson in dealing with creatives is to remember to give them plenty of space. We don’t actually mean physical space – although you should probably stay clear to keep anything contagious or sticky  from rubbing off on you – rather, we’re talking about giving them the room to be the creative freaks that they are.

This allows them to go off on strange cerebral tangents as if they are chasing some maliciously evasive butterfly as it flits about in their minds. Some believe that this is where creative ideas come from, although science has determined that the cause is more likely to be cinnamon.

You may also try hurling a compliment at the creative, as this can occasionally spark the creative brain butterflies, or whatever. Considering how creatives are typically fed a diet of criticism, woe, and moral disdain, it is believed that compliments will confuse creatives, placing them in the mental state most suited to creativity.

Fortunately, the creepy weirdos that create stuff are not the only creatures found in an ad agency. There are usually some people that are almost normal. They are known as “account service personnel” or “account executives.”

These sad and unfortunate beings are tasked with the “handling” of agency creatives. They will inevitably be your true point of contact, allowing you to minimize any and all contact with the creatives and whatever diseases they may be carrying.

Although they may seem to act like actual humans, do not be fooled. Their minds have almost certainly been permanently warped from prolonged close exposure to creatives and their creativity. You will find that they speak in similar terms as the creatives themselves, which may be a survival strategy. However, it is more likely simply a symptom of the brain-warping they’ve experienced in keeping their creatives safely caged under the basement stairs.

It is probably best to regard such account people as “semi-creatives,” as it helps frame their limited exposure to creative thinking. However, you should not presume that they can be reformed, as such a remedy is clearly impossible for anyone who has ever uttered the words “customer journey” or “brand identity” (you are advised, dear reader, to not read this passage aloud).

BEATING THE WORK OUT OF YOUR AGENCY

It is a common misconception among clients that dare to engage with an ad agency for help selling real things to real people. But the shocking truth is that beating or flogging agency personnel is actually NOT the most effective way to get your work out of a creative agency.

It may fly in the face of convention and common sense, but it seems that most agencies are actually pretty self-reliant. Most often, all that is required is simply informing the creatives and their handlers what your goals are and any other pertinent information, giving them some money, and then waiting to see what happens.

Perhaps the best analogy for agency engagement would be a vending machine. You put your quarters in, select what you want, and then watch as a screw turns and your item free-falls into the bin below. It’s almost exactly like that.

Apparently, the isolation of creatives and their handlers in agencies has led them to form some sort of capsule ecosystem, where presumably they create things with the same gleeful abandon as monkeys in a zoo flinging poo around their habitat until you arrive and give them purpose, direction, and whatever loose change you may have in your pocket.

Little is truly understood about the inner workings of agencies and the obviously deranged minds that power them. Perhaps one day modern science will discover the true cause of the scourge of creativity, and will finally be able to devise a cure for it. But until that time, we will continue to exploit this strange and mysterious source for all the advertising, branding, and marketing we can possibly extract, while keeping our own minds mercifully free of creativity’s terrifying menace.