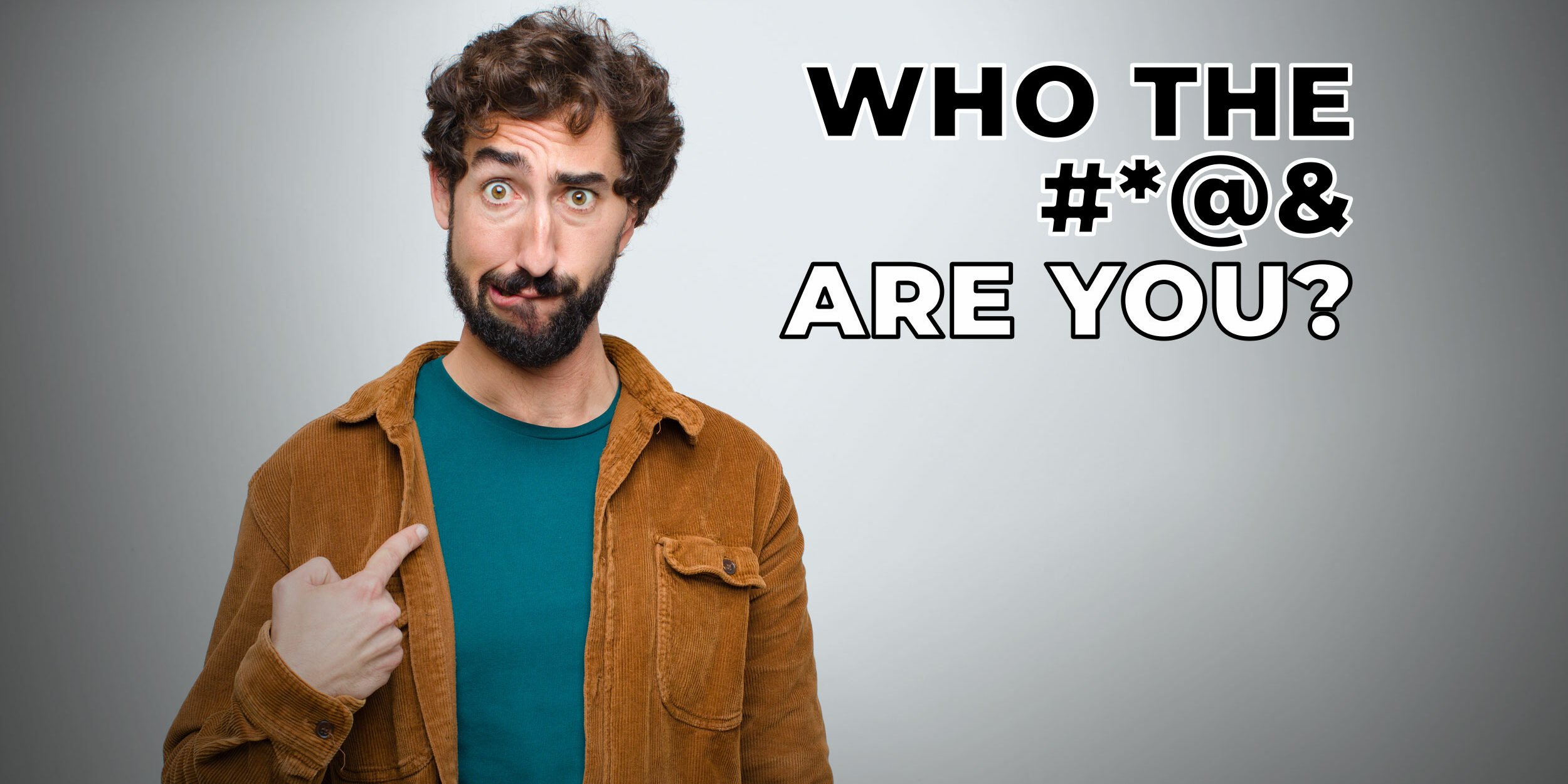 This is an article about brand awareness, just to be clear. We don’t want to inadvertently spark some existential identity crisis that causes you to renounce all of your worldly belongings, shave your head, and move to a second-hand yurt in Peru.

You’re fine. It’s your brand that probably needs a little soul-searching. Glad we cleared that up.

It might not seem like it, but identity is a very esoteric thing. It requires a degree of knowledge in order to stick.

For example, if I asked you who Johnny Depp is, chances are that you’ll be able to answer to one degree or another. But if I asked you who Mike Appelblatt is, you’ll probably be left scratching your head. Both people really exist (or so I’m told), but we are not equally aware of their existence.

Of course, this is not a shocking revelation. Johnny Depp is a famous actor who has been in dozens of movies and women still swoon over him even though he’s getting kind of crusty and probably isn’t the kind of relationship material they want to believe he is.

The other guy is my former doctor, and unless you have an appointment with him, your lack of knowledge about him is only second in scale to your lack of desire to know literally anything else about him. Believe me, I’ve often forgotten his name even while consulting with him.

But the point here is that awareness really makes all the difference. Because you’re aware of Johnny Depp, his name (his brand) carries a degree of meaning to you. Does this mean you know Johnny Depp as well as his doctor? Of course not. You only possess the knowledge you’ve acquired, and the opinions that you’ve formed as a result. And, even if you were to ask his doctor, he probably wouldn’t tell you anything, citing patient confidentiality or some such nonsense to make it seem mysterious.

I Thought This was About Brand Awareness, not Johnny Depp

Of course, if you were patient, you might actually one day meet Johnny Depp, and your knowledge would be further augmented beyond simple proof that he really exists. No, I’m not going to introduce you, so don’t ask.

The point is that awareness is simply that: Awareness that something exists. It is not knowledge or insight, however it can certainly deepen into those things – but only after awareness occurs.

So, Are you Finally Talking About Brand Awareness?

Try to keep up. Because now that you’ve been lured into this article by the steamy masculinity of Johnny Depp, it’s time to assault you with actual learning. It’s gonna happen. Just watch.

Brand awareness is a primary goal of virtually ALL marketing. It has to be. You can’t form an opinion (good or bad) about Johnny Depp until you learn something about him, and you can’t learn anything about him until you’ve at least been introduced to the fact of his existence.

If this seems insanely basic to you, then good. It should be.

Johnny Depp is a person, but he’s also a brand, and that’s likely all you’ll encounter. You may confuse what you know about his brand to what you “know” about him as a person, but that’s also the point. Unless you’re his doctor or mom or something, you probably don’t know shit about who Johnny Depp really is. Maybe you have posters of him all over your bedroom, and have read every biography ever written about him, but all you really know is Johnny Depp the brand. The public face of a movie star. Nothing more.

Why Are You Still Talking About Johnny Depp?

If Johnny Depp were here right now, he’d probably tell you that you need to retain focus on brand awareness in all of your marketing efforts. I’m pretty sure he would, because he seems like that kind of guy (Note, this is speculation based upon what I’ve learned about Johnny Depp, with maybe some wishful thinking thrown in).

Again, this is to make the point that people rarely distinguish between brand awareness and brand knowledge. People don’t know what they don’t know, so when they know a little, they tend to think they know everything.

Sound like any humans you know? (No, we’re not talking about Johnny Depp here – you really need to get that guy out of your head)

Was This Ever Really About Brand Awareness?

Not that I’d expect him to do a very good job at it. But that’s the fault of the Johnny Depp brand, isn’t it? He may be charming, handsome, and as fine an actor as any that have never won an Academy Award, but I’d definitely prefer to put my health in the hands of what’s his name, Applesquish or whatever. That guy has at least gone to medical school.

Which brings up an interesting point. I may not be able to remember my doctor’s name, but I am still able to assign value to his brand (I’m sure he’ll be relieved to know that he didn’t go to med school for nothing). Turns out that brand identity doesn’t require a brand name, just awareness that the brand exists.

Wait, This Was About Brand Awareness All Along?

This is precisely why brand awareness is so incredibly important. Our awareness of a brand is inevitably linked to our opinions and perceptions of that brand, more so than even the brand name itself.

Let that sink in.

We can’t be aware of a brand without knowing or thinking something about it. We can’t know or think of something without being aware of it. Our opinions about a brand are formed the moment we learn of its existence.

And if you want to know how to build brand awareness, maybe you could ask a certain famous actor about the power of repetition, or ask my doctor, whoever he is.