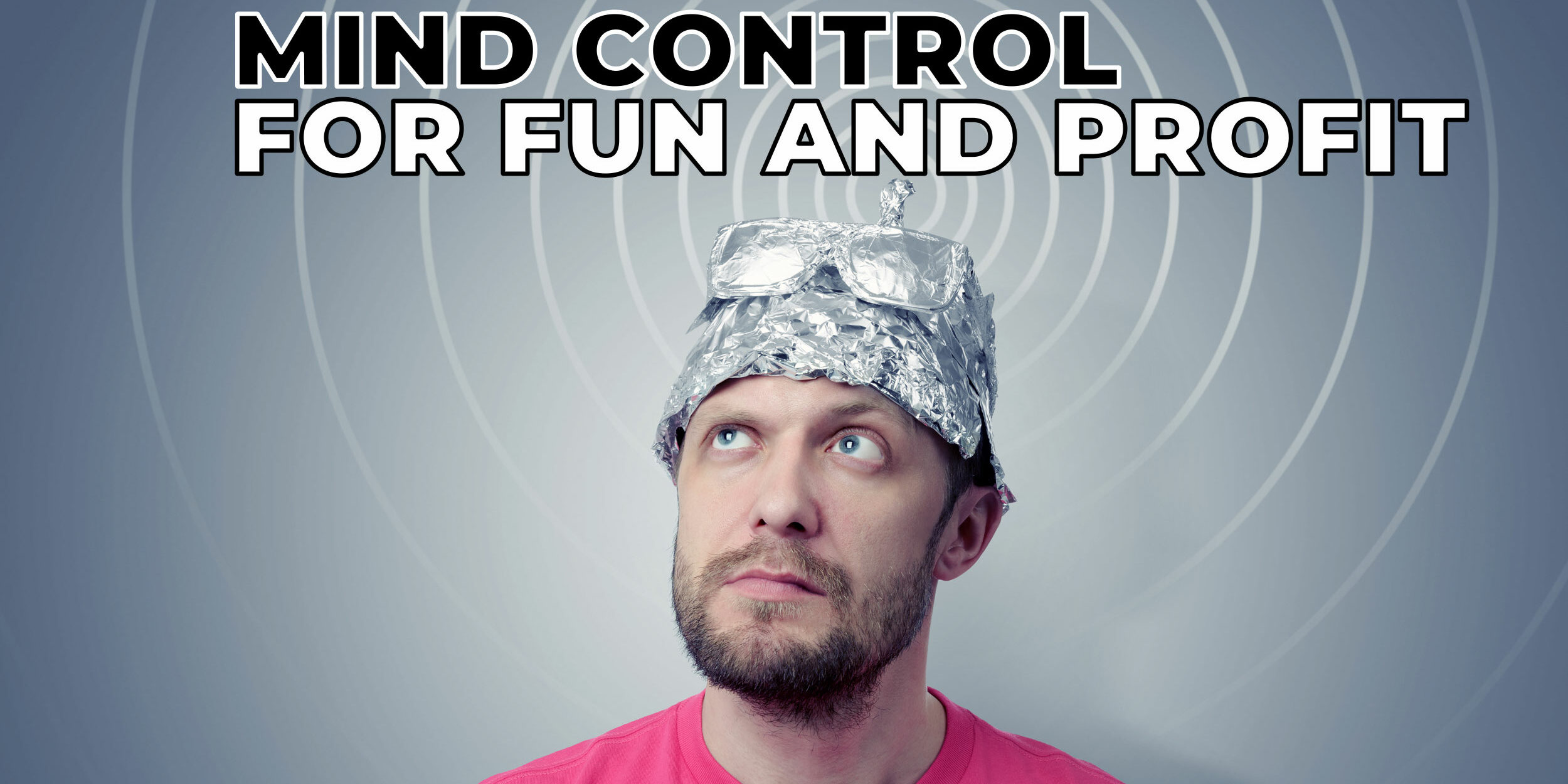 We all know someone who’s really convincing. The kind of person who could sell you ice in the wintertime, unload a timeshare, or talk you into paying to see an Adam Sandler movie.

Those people exist, and the gift they possess should lead any intelligent society to identify them at an early age and then exile them all to the arctic tundra where they can establish a thriving economy selling ice to each other.

We’re not talking about them.

Instead, we’re talking about mere mortals like you, and what it would take to develop the powers of persuasion you crave.

And we’re gonna tell you, because OF COURSE you are only going to use them for good, right? Wink wink.

THE GREEK YOU SEEK

To understand persuasion, we have to go all the way back to the ancient Greeks, who managed to convince the world that they were somehow the cradle of civilization, despite not being even close to that. One particularly convincing Greek was a hobo (they called them “philosophers” back then) named Aristotle.

Aristotle was probably sold a timeshare or something, and wondered how he could have been so foolish, eventually deciding that it was the persuasive rhetoric that was REALLY to blame. He identified three separate powers of persuasion, and gave them Greek names, for some reason. They are: Ethos, pathos, and logos.

Essentially, Aristotle argued (because arguing is basically all that philosophers actually do) that every form of persuasion boils down to these three tactics, or a combination of them. And surprisingly enough, he’s not really wrong. Let’s break them down, shall we?

THE ETHOS BENEATH THOSE

“Ethos” means “character” or “custom” in Greek. It is essentially an argument rooted in morality, which sort of makes it obsolete today.

The argument from ethos is an appeal to your sense of right and wrong. It’s intended to prompt you to do the right thing by making you feel guilty and icky about even considering the shameful alternative.

Ethos works because it’s disturbingly close to our own internal dialogue. For example, you may be on a diet, but you know that leaving that last cupcake behind will only cause others to have to suffer the agony of trying not to eat it, so you should probably just eat it yourself to spare them.

It also works because we believe that our ethics (see? Same root!) are not subject to change, no matter what happens. Even if it’s not true.

We all want to believe that we treat others the way we want them to treat us, but then we start talking politics on Facebook and that all goes to hell. And no, we haven’t been following you.

The truth is that ethos REALLY works because we all need to believe we are good people who always do the right thing, and an argument from ethos helps you prove it. For example, just consider how selfish you would have to be to deprive your family of the kind of vacation that only a timeshare can provide. Your children will certainly grow up scarred, and will probably write books about the childhood trauma you have caused.

Right next to ethos is its sister pathos, which means “passion” in Greek. As you might guess, pathos refers to arguments that appeal to your feelings and emotions.

Emotions dictate so many human behaviors. They determine who you’ll mate with, who you’ll root for on American Idol, and which emojis you will add to your text message. Thus, it only makes sense to use them against people to bend them to your will.

For example, you might try to get someone who owes you money to pay you back by saying “my that’s an adorable little dog you have there, it would certainly be a shame if something were to happen to it.” BAM. Consider that person persuaded.

Pathos can be especially powerful when the emotion you are tapping into is anger. It’s great for pushing through a tough workout,  convincing people to vote, or getting your kid to quit playing the stupid video game he keeps losing. Mastering the art of making people angry, and you have basically half of the skills required to be a lawyer.

The third and final power of persuasion is logos. Not to be mistaken for branding icons or those plastic toy construction bricks that hurt like hell when you step on them, logos is actually an argument from reason or logic.

For this reason, it’s pretty much obsolete. You may as well just ignore it entirely.

The above statement is actually an example of logos being used persuasively. As you can tell, it didn’t work because you are still reading this.

Logos is not only the most ineffective form of persuasion, it’s also the most dull. Nobody wants to spend time reasoning when they feel feelings, or feel guilty about them. Compared to ethos and pathos, logos is a real wet blanket.

It manages to work by adopting the mantle of authority and convincing everyone that you can’t argue with it. After all, reason is reason. It just depends on how you use it.

For example, you might consider watching the next episode of your current binge on Netflix because watching it makes you happy (pathos). But you would really feel guilty about doing that when you know you need to do the dishes (ethos). That’s when logos steps in to break the stalemate. Ideally, it would convince you that putting off doing the dishes will mean that they won’t get done, but you’re more likely to use logos to convince yourself that if you don’t watch the episode now, then the whole thing will be spoiled for you by some loose-lipped jerk.

Aristotle knew this, and that’s why he’s still considered “the father of logic.”

Basically, this single, astute blog article has fully equipped you with the superpower of persuasion. You now have almost everything you need to conquer the world, and maybe even unload that timeshare on some poor unsuspecting bastard.

What you may still need, however, is a DAMN GOOD advertising and marketing agency to help you in your quest for global domination. And, when you think of it, you kind of owe us after we imparted all of this great knowledge to you (ethos), it would be really awesome to work with such a fun group as us (pathos), and who better to facilitate your nefarious plans than the people who taught you? (logos).