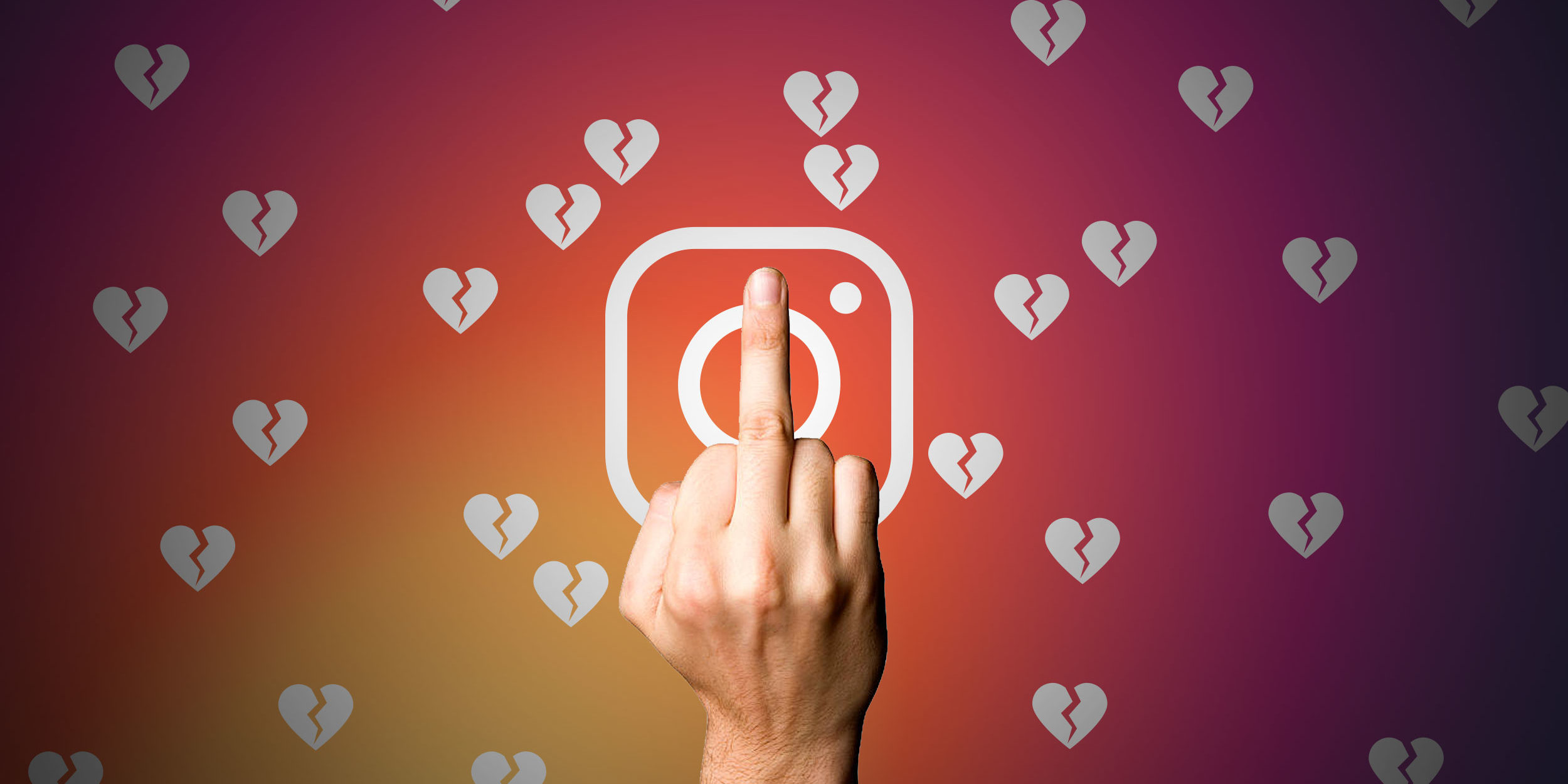 You know how social media works. Sure you do.

Even if you don’t use it, chances are you’ve been to high school. Likely, your pimple-faced, emotionally immature teenage self was ACUTELY AWARE of the power of popularity. Even if there wasn’t a convenient smartphone app like Instagram to crystalize for you exactly how popular or unpopular you were at the time.

Now you have Instagram. Not only does it quantify your overall popularity, but it can also do so for every single thing you do. Got a new outfit? Instagram it! Going to the beach? Instagram it! Spend too much for lunch? Instagram it! The options for self-gratification are as endless as the pool of anonymous followers you can collect.

If you’re popular enough, that is.

And, speaking of popularity, it’s hard to argue with the third most popular social network. Instagram boasts about a billion active monthly users, placing it behind only Facebook (2 billion) and YouTube (1.9 billion) as the “coolest kids in the class.” That’s a lot of likes to aspire to. And many do.

THE HIDDEN POWER OF INFLUENCERS

In fact, there are thousands of elite Instagram users who have built surprisingly profitable businesses out of their coolness. All they have to do is get people to recognize it. Lots of people, lots of likes.

They’re known as “influencers.” And their popularity is literally their stock in trade. Businesses pay them to pose with or endorse their products. And, in doing so, those businesses gain exposure to a broad base of followers in narrow and highly attractive demographic segments. The more followers an influencer has, the more likes they can get with their posts, and the more $$$ they can charge to advertisers. Likes are the currency of the social media economy.

And Instagram is systematically eliminating them. And understandably, Influencers are freaking out.

THE WAR ON LIKES

The effort actually started in November 2018, when Instagram went on the warpath against fake likes. The company introduced new powerful artificial intelligence tools and standards that would allow it to identify accounts that were gathering fake followers and likes, and started eliminating them. Then, in April 2019, Instagram took it one step further by implementing a test on Canadian users. Instagram accounts from Canada no longer displayed the number of likes a post received.

While the response was somewhat muted, it may just be because people from Canada aren’t really all that cool. But when Instagram announced in July 2019 that they were adding Australia, Brazil, Ireland, Italy, Japan and New Zealand to the “no-like” list, the writing on the wall became clear: Instagram really has it in for likes.

To its credit, Instagram was able to offer a rationale that makes their intent seem more noble than evil. Instagram claimed that they believe eliminating the like metric will help its users focus more on the quality of the content they share, and less on how many likes it gathers. In its statement announcing the news, Instagram even suggests that many users will go so far as to delete posts that don’t get enough likes. Clearly, the like has too much power if it has become more important than the content itself.

Which makes sense, especially when you consider what going to high school must be like now. In fact, a recent UK study examined the negative impact of social platforms on young people’s mental health, and ranked Instagram as the “most harmful.”

But if you believe that this is why Instagram is eliminating likes then I have some magic beans I’d like to sell you.

OF SELFIES AND SELF-INTEREST

I think what’s really going on here is that Instagram has realized that its influencers are really eating its lunch. After all, there is a finite amount of money in the world, and the money advertisers are spending on influencers is money they aren’t spending on Instagram ads. Once influencers can no longer prove how many sets of eyeballs their posts earn for advertisers, they lose their ability to charge top dollar. This frees up more money that will likely go into Instagram display ads.

Of course, Instagram influencers are vociferously threatening to depart the platform en masse, even before the “War on Likes” reaches American shores. They claim that the new rules will send more and more users packing, leaving Instagram to slowly languish and die. After all, their followers are followers, and surely they will follow them to another platform when one steps in to fill the void.

But before you go agreeing with them, let me again remind you of those magic beans I’m selling. After all, of Instagram’s billion active users, at least half access the app daily.  What are the chances that they’re going to just stop doing that? And what would it take for a competitive app to get on that many phones?

Those are good questions. But the better question is probably: how much do Instagram users really care about showing off likes?

Unless you’re an influencer, your Instagram feed is probably just a curated collection of things you like. You probably have memes, fashion photos, places you want to travel, maybe an occasional selfie at the beach. Chances are, the number of likes most of your posts get is embarrassing at best. It’s not going to kill you to hide that metric, especially from friends who are better at Instagram than you.

It’s not every day a multibillion-dollar company shows you its hand. So, we’re actually luck to be given this little peek behind the curtain. And because Instagram is owned by Facebook, we may actually be looking into the future of social media.

Both Facebook and Instagram have built huge followings by giving users the ability to engage at various levels, of which the most basic is the like. Beyond that, both Facebook and Instagram users can follow other users, and can also interact by posting comments and sharing posts with others. The platforms each earn ridiculous amounts of ad revenues, and have cultivated a substantial number of influencers.

There can be little doubt that it is only a matter of time before the company removes public likes for American Instagrammers. It should also stand to reason that, if successful in boosting ad revenues, the tactic will soon be extended to Facebook.

It’s interesting to note that the number two social media platform does not have a problem with likes. YouTube offers users the ability to follow other users and both like and dislike videos, but those are not the metrics that matter. On YouTube, the only important metric is views, and influencers are monetized directly through the platform. YouTube allows content creators to share in its ad revenues, so that more popular videos earn more for both.

YouTube, of course, is owned by Google, who earned over $136 billion in 2018, mostly through paid search ad revenues. In 2017, YouTube changed its rules and raised the bar for its content creators (a.k.a. “influencers”), effectively cutting off those who don’t bring in enough views. Suffice it to say that the move was not popular among YouTubers. Like the Instagram influencers of today, they complained vociferously about the change and threatened to leave the platform.

So, yeah. It’s pretty clear where this is headed.

For keen insight on social media, advertising, marketing and magic beans, talk to the geniuses at DAMN GOOD.